I wouldn't call it bad luck, but sometimes the photo in my head doesn't match what I end up taking, mostly because of the weather or some other thing not in my control. I decided to stop this morning and try to take a photo of the big red tree and it's reflection in the little pond, but as usual the sun wasn't cooperating and was behind some clouds, it wasn't totally horrible but the light wasn't what I wanted, the photo didn't come out that bad, just not what I wanted. One thing it did do was make me late for work, late enough that later in my commute I saw a photo that would have been much better, the sun had gone up above the clouds and it was what you call nice light. But, here is the bad luck part, I couldn't stop because then I would have been really really late for work. I hope tomorrow it's sunny in the morning, I have to try to get that pic! Even though I think it looks different in my head that it will on 'film'. Maybe I should have been a painter!

"Photograph: a picture painted by the sun without instruction in art." -Ambrose Bierce 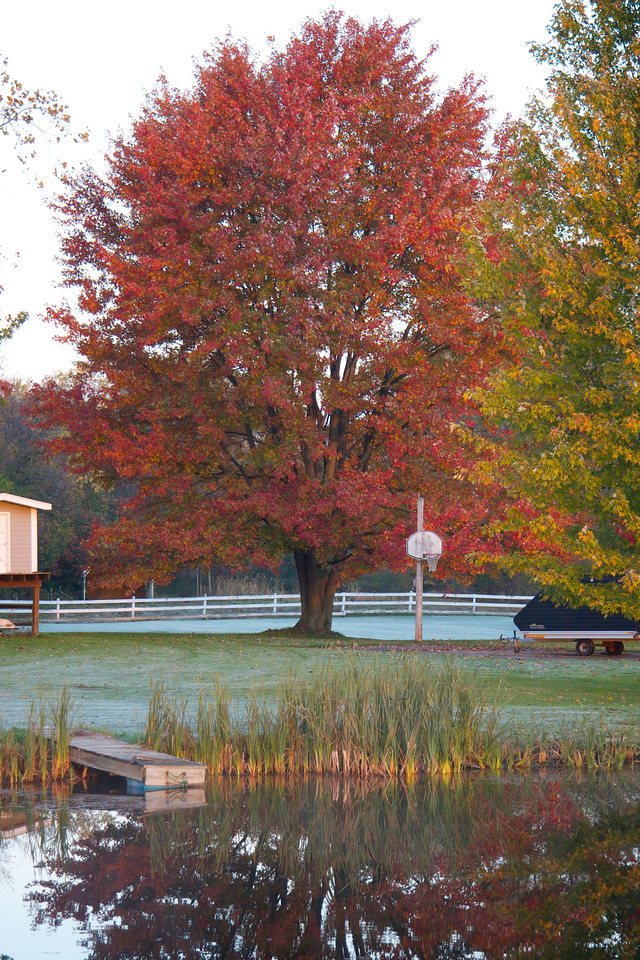