I'm beginning to see more birds around, actually I am hearing them in the morning, which is so nice. The geese must know something, they're heading north, and the deer and wild turkeys are out and about. They all must know, spring is going to spring soon, and it's not soon enough for me. I know, we've had a mild winter, which has been great, not a lot of snow, but as I've said a million times before, the lack of color is a drag. So, when given lemons you might as well make lemonade, I didn't think I could get a photo today if I worried that it wasn't colorful enough, I'd never find anything if I thought that way so I didn't worry about the color at all. Just for the heck of it I stopped and took a few photos of these birds in a tree, I didn't realize I got a shot of that one bird just as it took off, you see that's one of the biggest drawbacks to being a photographer, you don't see what happens until you look at the picture, which can be a nice surprise, but, at least for me, sometimes you feel like you've missed something. You don't have the memory of seeing something special, you have the memory of being there, but you see the moment in a picture just like everyone who wasn't there. It's an odd feeling, but at the same time a good one, it takes some practice to get that moment, it doesn't always work, sometimes my timing is off, but when it does work I'm not only surprised but really happy. I don't care that I didn't 'see' what happened, I'm glad that I was able to record it for all those who were not as fortunate I as was to be there in the first place.

"Every moment is an experience." -Jake Roberts 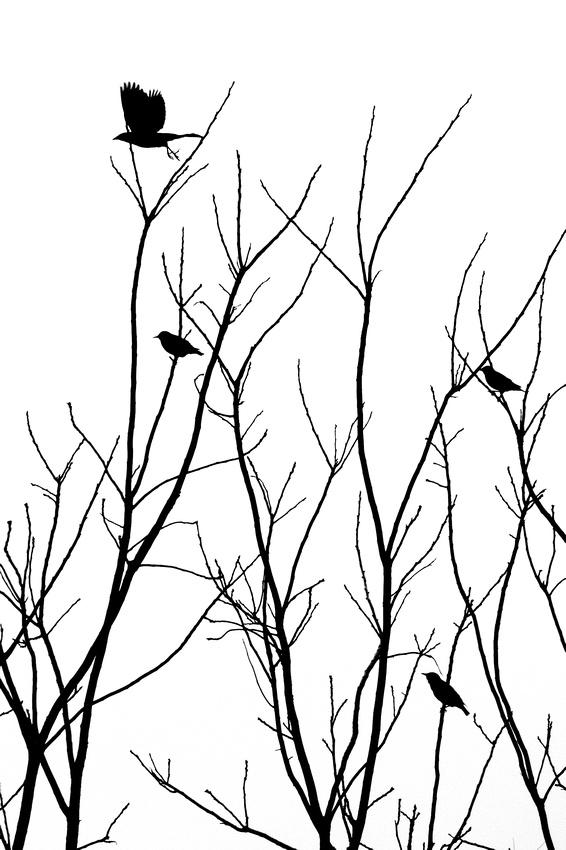